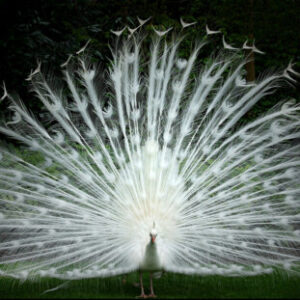 How big are our megacities?

Currently more than half of the world’s population is living in cities, and counting. Monitoring the extent and structure of our cities is important for a multitude of applications. City planning, decision making, emergency response and countless other fields of urban life depend on reliable spatial information.

This topic will give you an overview of which applications can be supported by radar data.

Man-made structures have very specific backscatter properties. You have already learned about the phenomenon of ‘Double Bounce’. The following video gives a more detailed explanation on scattering mechanisms in urban areas.

Mapping the spatial extent of urbanized areas is a key application of radar data. The different scattering mechanisms of man-made structures, such as buildings, streets and impervious surfaces, make it possible to distinguish them from other land cover types such as vegetation. Multitemporal settlement masks enable the quantification of urban growth/shrinkage.

A profound understanding of the global spatial distribution and evolution of human settlements constitutes a key element in envisaging strategies to assure sustainable development of urban and rural settlements.

In this framework, the objective of the “Global Urban Footprint” (GUF) project is the worldwide mapping of settlements with unprecedented spatial resolution of 0.4 arcsec (~12 m). A total of 180 000 TerraSAR-X and TanDEM-X scenes have been processed to create the GUF. The resulting map shows the Earth in three colors only: black for “urban areas”, white for “land surface” and grey for “water”. This reduction emphasizes the settlement patterns and allows for the analysis of urban structures, and hence the proportion of settled areas, the regional population distribution and the arrangement of rural and urban areas.

Urban areas are composed of highly complex structures. Mapping cities is deemed to be one of the most challenging tasks in remote sensing. The methods and classification schemes are strongly dependent on data availability and the purpose of the study. Consequently, they vary considerably. Radar data is used less frequently for urban area mapping in contrast to optical data, but it can provide additional characteristics for the separation of Land Cover classes.

The identification and quantification of urban objects, such as roads, buildings or urban vegetation is essential in many application fields, from city planning to emergency response. Another useful application of radar data is the monitoring of traffic.

Download more detailed information on the extraction of urban objects from the resource repository.

The determination of heights adds a third dimension to spatial data in many applications. Technologies like radar interferometry enable the derivation of building or tree heights. This information is crucial for applications like urban planning, modelling of the micro climate of cities or change mapping in emergency cases like earthquakes.

In this tutorial you are going to learn how to derive the urban footprint of cities from radar images. You will use SNAP to process two Sentinel-1 images of New Delhi. With more than 25 Million people in the greater metropolitan area, the Capital of India is one of the largest cities in the world.

You will use the concept of interferometric coherence to derive information from the radar images. Make sure you prepare carefully with the following steps, so you are ready to enjoy and learn from the tutorial.

You have two options to download the data. You can either make use of what you’ve learned in the topic Sentinel-1 Data Access in lesson 2. We are using the following two data sets: